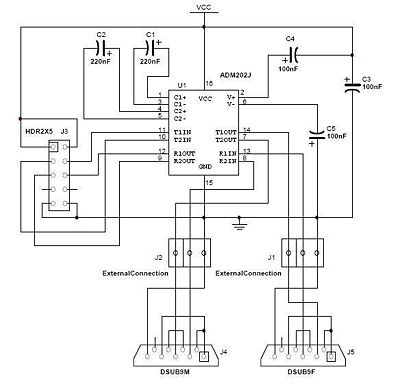 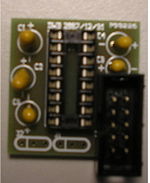 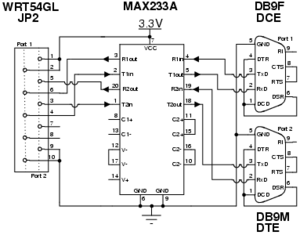 Diagram showing connections from the MAX233A to the DB9 connectors and to the board. Note pins 4 and 6 on the board header.

Using information on the diagram, make the connections from the IDC shrouded header to the MAX233A RS232 Transmitter/Receiver chip using your soldering iron. As you can see from the photos, we did this with the ribbon cable from our parts list. The IDC socket connector goes on one end of the cable, and the correct connections are made to the RS232 Transmitter/Receiver on the other. Because we will be mounting our DB9 connectors to the front of the case, this will allow for easy disconnection and opening of the case. In terms of cable length, try and decide where you are going to mount the MAX233A on the outer case so you can estimate correctly.

The MAX233A wired to the ribbon cable and the DB9 connectors.

Using either epoxy or mounting screws (we used a combination of both, as one of our jacks could not fit a hole for a screw), secure the connectors to the case. 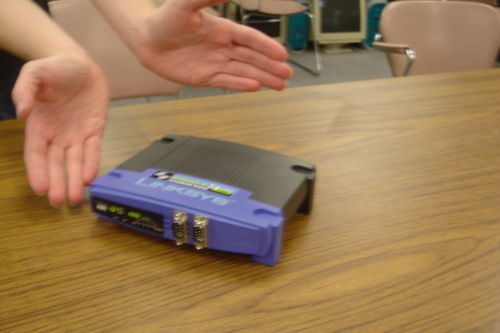 Connect UART0 to a computer and follow the next HOWTO on using a PC to connect to a modified router.