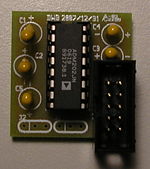 The pictures to the right show the transceiver board in various stages of completion. The top one shows the blank board on which the other components will be added. The bottom one shows the shrouded double header, the socket, and the capacitors soldered in place. It also shows the actual ADM202 chip inserted into the socket. The next step is to get six wires from a chopped up piece of the ribbon cable (or any six spare wires) and solder them into place in the six holes (two sets of three) at the bottom of the transceiver board. The resulting completed transceiver board should look something like the picture below the diagram. 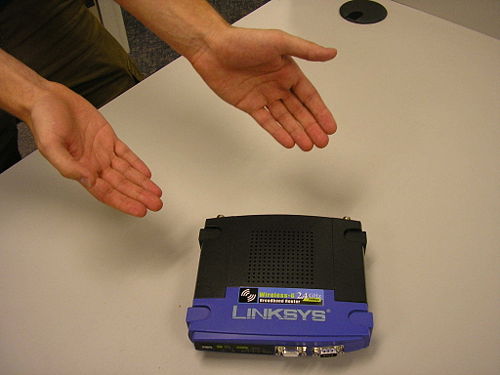