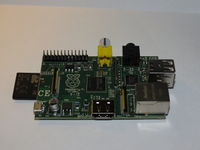 This section provides an overview of the XinuPi software and links to relevant articles.