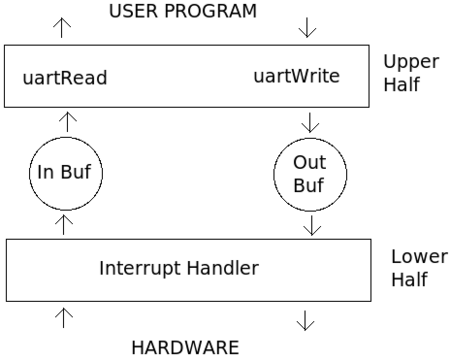 Intialize defines the starting values for all members of the control block: statistical counts are zeroed, buffers are defined, and semaphores are allocated. Also part of the initialization process is setting values in the control and status registers:

Where baud_rate is the speed you wish to connect at (typically 115,200) and

The clockrate should be measured in hertz and may not be equivalent to the clockspeed. (The WRT54GL, for example, has a hard-coded clockrate of 20,000,000 or 20MHz.)